The divide between the rich and the poor

Sad but true, when we approached Indian movie stars to support and endorse the Rock against Poverty initiative to fight poverty and climate change, their response implied “only if money is paid”…….So, we went to the streets and found some real celebrities – poor children of poverty – who did the ribbon cutting and casted the first one dollar into the drive 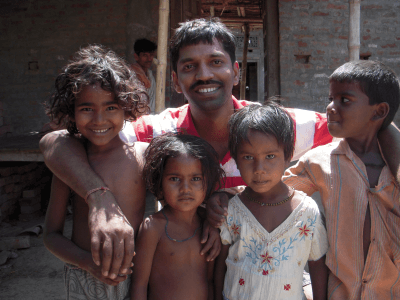